The Kingdom of the United States is like a brother and sister named Thomas and Mary, who moved next door to one another with their spouses….

Remember the story of the two couples?

Let me ask you: who, after listening to that story, wants Sally to go back to Thomas?

Well, Thomas does, for a start. Thomas is an abusive person. What Thomas wants is what abusive people want: Reconciliation without reparation. He wants continuation of the power that allowed the abuse, and the permission to continue that abuse without consequence. An abusive person wants your complicity.

And if he can’t have that, then he wants everybody to pretend. He’ll deflect. He’ll call attention to all the things he does that aren’t his abuse, and wonder why you won’t focus on those. He’ll insinuate that the existence of good deeds and good qualities make the bad qualities impossible. Evil people beat their wives. I have done these good things. Therefore I am not evil. Therefore I do not beat my wife.

And if you won’t get confused, he’ll want you to ignore. He’ll promote a theory that he’s no worse than his victim. He’ll point out all the ways his victim is at fault. He’ll make the case that any bad thing is equally as bad as any other. Because if his victim is as bad as he is, then he and his victim deserve each other—and what business is it of anybody’s anyway? The abuser wants your adoration, but he’ll accept your apathy.

And if you won’t ignore, than he’ll rage at how unfairly he’s being treated. He’ll insist he is a misunderstood victim in a situation that has sprung up all by itself. He’ll lash out. He’ll make it uncomfortable. The removal of the discomfort will be the incentive to comply. And if you comply, he’ll flatter you as a reward—until next time.

Most of all, an abusive person wants to be the priority. To the great philosophical question “what is the most important thing?” the abusive person answers: “I am the only thing.”

The one thing an abuser cannot abide is something that interferes with his ongoing favorable self-regard.

An abuser can never do wrong. He can only be wronged.

An abuser always has to be both the hero and the victim of his own story.

And, an abuser will always try to impose his reality upon reality.

It won’t be effective to debate an abuser. An abuser has to be opposed, and then defeated.

But how? With more abuse? 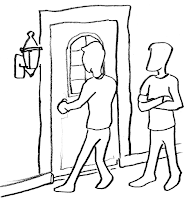 Who wants Abe to side with Thomas? Who wants Mary to open the door for him? Who wants Sally to return to him?

Nobody, I hope. But I know better.

Nor do I harbor any illusions that there are people who want Mary to open the door for her husband. I hear the arguments. What did he do, anyway? He’s just trying to give everybody a fair hearing. He wants to hear both sides. It takes two to tango.

But here’s Sally. Her face a bruise. She’s come to you for help. She’s undeniably abused.

And here’s Abe, whose first instinct is to … try to get things back to normal. 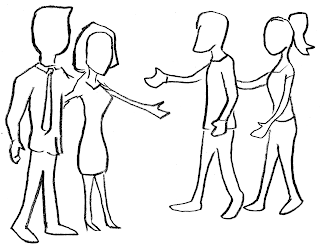 I hope we all see the problem. 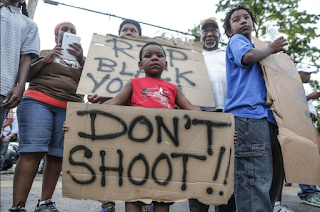 The problem is that the divide is real, and it is caused by abuse. Only the abuser can reconcile that divide. And there’s only one path for the abuser to do so: He must recognize his abuse for what it is. He must admit it. He must apologize—to the victim, not to someone else. And he must accept the consequence of what he has done.

Only then is it appropriate for his victim or others to consider reconciliation. Before that happens, there is no true reconciliation, only the false reconciliation of enablement, which makes future abuse not only likely, but also inevitable.

It isn’t anybody else’s place to speed the process. Cajoling a victim under threat of abuse to reconcile with their abuser, while still under threat of further abuse, is itself abuse.

Reconciliation without reparation is the abuser’s desired end. 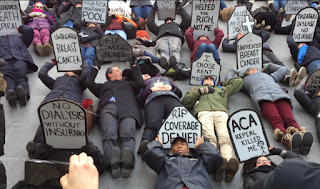 What the abuser needs is for the victim to apologize to him for the abuse she’s endured at his hand, so he can go on being the hero and the victim of his own story. What Thomas is offering Abe and Mary is the opportunity to apologize for Sally by proxy, to forgive him for crimes he committed against somebody else, not because they are the ones made vulnerable by his abuse, but because their relative safety gives them the power, the ability, the leverage, to smooth it all over. Abe accepts the offer. Mary changes the locks.

The difference matters, a lot, when your frame is justice.

For an interested third party to reconcile with an abuser while his victim still lives under threat of abuse betrays the victim, leaves her stranded, friendless, vulnerable. It’s inappropriate. It’s complicity. And it is very, very, very tempting. 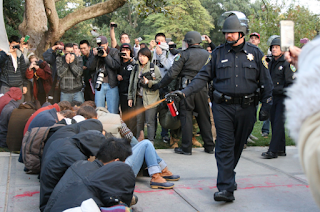 Tempting, because the abuser has power—that is why he can abuse in the first place—and no compunctions about turning some of that abuse back on those who challenge him. And, when justice and order come into conflict, human beings tend to prefer order.

It’s worth reiterating that order isn’t a bad thing, taken by itself. But order, like so many other good things, becomes corrupt when it is elevated inappropriately above its station.

Sometimes, your sister is bleeding and frightened for her life. 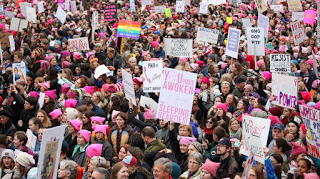 Maybe changing the locks looks like this: Refusing complicity. Not letting people infer through your silence that you think their beliefs are good and just and true, rather than unjust and harmful.

Maybe changing the locks looks like this: Refusing distraction. Not allowing the existence of a person’s good qualities to distract from the fact that a person’s beliefs are unjust and will make abuse not only likely, but also inevitable.

Maybe it looks like this: Refusing to ignore. Not giving in to the temptation of comfortable apathy.

Maybe it looks like this: Refusing debate with someone whose methods and purposes are abusive, simply on the grounds that they are being abusive and you refuse to be abused.

Maybe it looks like this: Reporting a crime being committed by a powerful person against a powerless person. 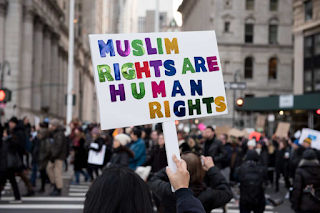 Maybe it looks like this: Putting your body between somebody who might be harmed and the person who intends to harm them—without violence, if possible, and if you possess sufficient physical bravery.

Maybe it looks like this: Listening to somebody talk about their lived experience of oppression without deciding the conversation needs your perspective. Understanding that some conversations only need your ears, not your voice.

Maybe it looks like this: Listening to somebody explain the lies they’ve believed without knowing they are lies, allowing them to present you in great detail the exact contours of their chosen bubble, and then asking them: “But aren’t you aware that every human being is a unique and irreplaceable work of art carrying unsurpassable worth?” 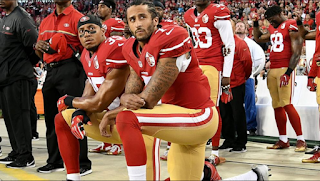 Maybe it looks like this: refusing to scold a person who happens to live under daily persistent threat from powerful people for the tone or methods they use to cope and survive. Maybe it’s supporting people whose family faces separation, whose marriage faces nullification, whose child faces bigotry and hatred, who represents a presumed danger to armed authorities oriented upon violence—and supporting them even if their responses to these outrages and threats are not as polite as you might prefer.

Maybe it looks like this: allowing yourself to absorb some of the criticism, and even some of the daily persistent threat, and maybe even some of the abuse, by associating with people who have been made vulnerable by an unjust society, and who therefore are mistrusted and feared by that society.

Maybe it's recognizing the places where you are society's accepted and preferred default, and the ways that other people are not.

Maybe it looks like a sincere apology to somebody you hadn't realized you'd wronged.

Maybe it's realizing that in any story, the person who persists and overcomes injustice is the hero, and that means that the real hero of our country's story is somebody other than yourself. 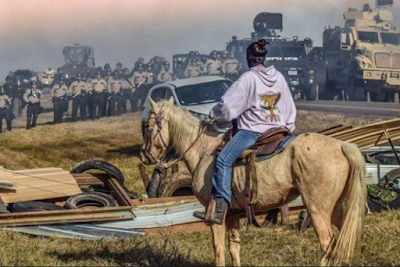 Maybe it looks like not being able to be around somebody for a while, not because you no longer love them, but because things are not the same, now that you know what they are willing to accept.

Maybe it means letting things get uncomfortable and stay that way.

Here’s what it always, always, always looks like: Insisting on keeping the frame of the discussion at all times on the issue of justice.

Insisting that we all belong to each other.

Insisting that life is not earned.

Insisting that violence does not redeem.

Insisting that human value is not determined by human profitability.

Insisting that all people—all people—are unique and irreplaceable works of art carrying unsurpassable worth, who possess inherent dignity, and who deserve equal consideration under the law and access to basic human need, simply because they exist.

Insisting that all other good things are only good insofar as they are not elevated above this essential truth.

Insisting that any good thing that is elevated above this essential truth ceases to become good, is perverted into an injustice.

Insisting that any order that would preserve injustice must be dismantled and rebuilt.

We are now reframed upon justice. It is a justice based on love. It recognizes all mediums of human art. Insist upon this new frame. Reject all others.

Doing so will offend those of us who have different priorities.