THE REVISIONARIES - Now For Sale! 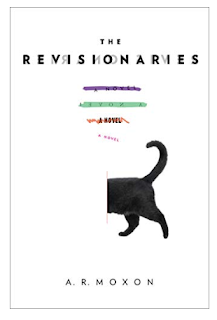 My novel—THE REVISIONARIES—released on December 3, 2019.

It is now available for order!

Any of those links will get the job done, but I confess a love for the independent option. You also should be able to go to your local bookstore and place your order through them, and maybe buy more books while you're there, which will make your life better and keep independent bookstores going. The indie bookstore ecology is hugely important to the health of the industry, and your order there helps me just as much. Food for thought!
If you want to support an author—if you like what they do, if you'd like them to go on getting a chance to write things—the way you do that is simple: you order. It's how the publishing industry decides whether a debut novelist (such as ahem me) gets another bite at the biscuit.
Read the reviews!

"Father Julius jumps off the page. And he's not the only one ..."
—Sergio De La Pava, The New York Times

"I'm almost irritated by how much I enjoyed it."
-Amal El Mohtar, NPR

"Moxon's astounding novel, bursting at the seams with ideas and pathos, is a breathless demonstration of masterful storytelling."
—Alexander Moran, Booklist


Please order my book. Then—if you liked it and have time and want to give me a thrill—leave a review on Goodreads and/or Amazon and let me know you did.
Get one for you.
Get one as a gift.
Get an office copy.
Let your friends and family know about it. Tell strangers on the street. Tell everybody! Read it with the cover ostentatiously displayed. Write it across the sky in gossamer teardrops! Proclaim it to the heavens in angelic tongues of fire!
Whatever you're able to do, know that I will appreciate you with my whole heart, and love you with my whole brain, and maybe if we meet up somewhere (on book tour, which I've been sent on because of all the orders, of course) I'll sign your copy with my whole hand, if that's what you'd like.
I can't wait for you to read this book.
And the next one.
Posted by A.R. Moxon at 3:05 AM 3 comments:

Here’s how it always seemed to me, ever since I was very young:
There was a mountain in the distance, which we could all see.
And the authors were up there, climbing, climbing.
They wrote books.
I loved books.
So I wanted to be on the mountain, too.

This was entertaining, but it didn't seem to be the mountain.
I could still see the mountain, and the authors climbing it.
Authors.

Some of them were way up high. Some of them further down.
Sometimes a cloud would break apart and there’d be another one I’d never noticed before.
Authors.
How they got on the mountain I didn’t know.
Except…

…I knew it involved writing a book.
Then something happened.
Then they were on the mountain.
What was this something?

Did they clutch their new pages in their arms,
Take a running start,
Leap,
Fly through the air,
Land as high as they could?
If so, I knew I would never make the mountain
Impossible to jump that high.
Impossible.

But, if not jumping, then … what?
I had written stories before, and I wasn’t on the mountain.
What did one do?

Came the day I realized I had a story to tell, based on a story I’d made with my friend Ben
I thought about writing it, but … look how high the mountain is. I can’t jump up there.
I’ll have to walk instead.
Page after page

I started walking toward the mountain.
It wasn’t an easy walk for a while. I stumbled a lot. I got tired quickly.
But other times the walk was pleasant.
I walked on.

Every once in I’d look up and the mountain wouldn’t seem any closer.
Nor did its face seem any more climbable.
But then I’d look back and see how far I’d come.
And I was stumbling less. I was getting tired less.
So, because the walking was pleasant, I walked on.

Came the day the trail ended. That is to say: I’d finished the story. I’d done all the writing I could.
So I read what I’d written.
Ow. Cramps.

Parts were pretty good.
A few parts I liked a lot.
A lot of it was quite bad. It was going to need to be worked on.
There was a thicket between me and the mountain.
I walked into it.

This wasn’t fun at all. It was hot sticky work. There were brambles.
I couldn’t even see the mountain most days.
Some days I was certain I wasn’t even walking toward it anymore.
I learned how to use a hatchet.
I went through the story over and over.
The thicket thinned.

Came the day I finally reached the end of the thicket.  That is to say: I’d made the story as good as I knew how.
I’d arrived at a pile of enormous boulders.
They didn’t seem climbable. But when I tried, I discovered my arms and legs were stronger than I’d imagined.

Immediately above was an outcropping, jutting out, seamlessly smooth, obscuring my view of the rest of the peak.
There was no way up. It was impossible to climb.
Impossible.

But then I climbed it.
It took a couple years, and a few times I thought I’d fall to my death, but I climbed it.

*How* did I climb it?
With the help of other people.
More people than I could say.
I am very lucky, and very grateful.

Other authors who laid the paths long ago
A friend who helped chart the direction
A publisher who invited to pull me up.
An agent who gave me equipment I never could have gotten on my own.
An editor who led me back into the brambles, handed me a hatchet, showed me a more likely path than straight over

Turns out if you climb it, you’ll be on it

And if you arrive at an unclimbable spot, you can go back into the thicket as long as you want, until you find a more likely spot.

The mountain is patient.

And here’s what happened today: 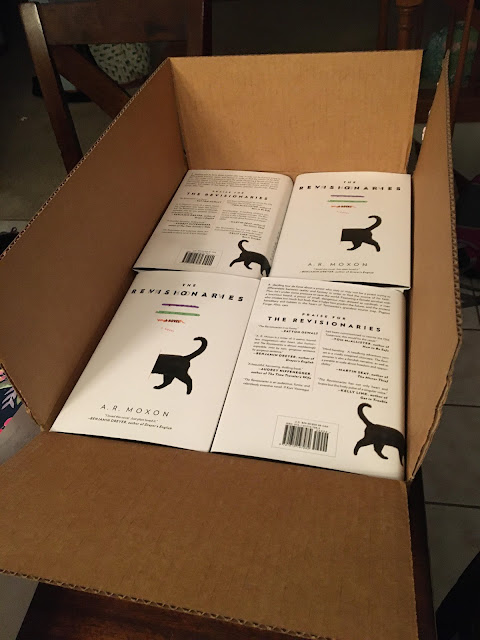 I have no idea how far up I can climb, nor does it particularly matter.
But my arms feel rested, and my legs feel strong. And it’s good to climb.
I do believe I’ll try to find out how far I can go.

There’s more people up here with me than I can say. There’s room for billions more.
To be on the mountain you go to the mountain, and you climb.

It's about the view. 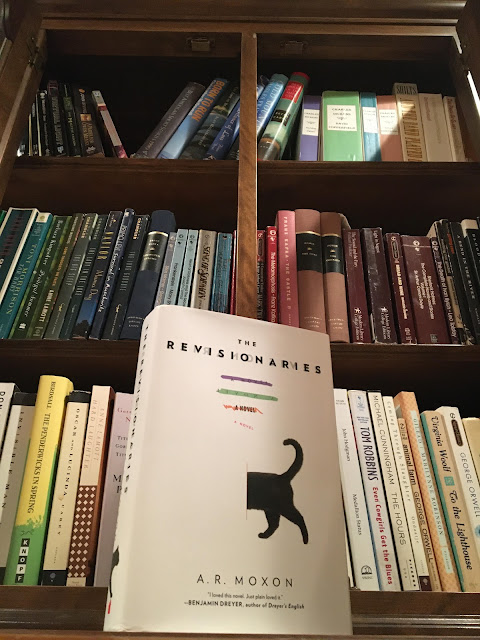