So: he’s an authoritarian.

So, he’s using his office to enrich the businesses he still owns and from which he still profits.

So, he encourages and celebrates police violence, and advocates the use of military force against peaceful protest.

So, he’s using the exact language and phrases of white supremacy and neo-Nazis and fascism, pursuing their exact desired policies.

So: he’s working to put himself entirely above the law, and, even more, positioning himself as the law, as someone whose authority must not be questioned, to whom loyalty is irreducible from patriotism, for whom criticism must be understood as not just criticism of the country but as an attack on it.

So, he used the power of his office transactionally, first to try to destabilize the coming elections, then to try to punish political enemies by imposing medical sanctions on his own citizens during a pandemic; premeditated manslaughter at best, genocide at worst.

And: His entire party has rallied around these efforts, in support of them, almost as if somebody doing what he is doing was the plan all along.

And: His followers, his true believers, millions and millions strong, all cheer for him, and the worse he gets, the more that he perfectly embodies all of the worst things any of us warned he might become, the more they seem to love him. They cheer and cheer and cheer, and they tell us to get over it, and they say “fuck your feelings,” and then they tell us they love the way he makes us weep, because they love to drink our tears. And they take to the streets and government buildings with guns to win back their never-lost right to honor murderous soldiers who fought to preserve chattel slavery, or to establish their right to spread a virus to the satisfaction of their own convenience. And they laugh and laugh and cheer and cheer and yet they never seem to get happy. 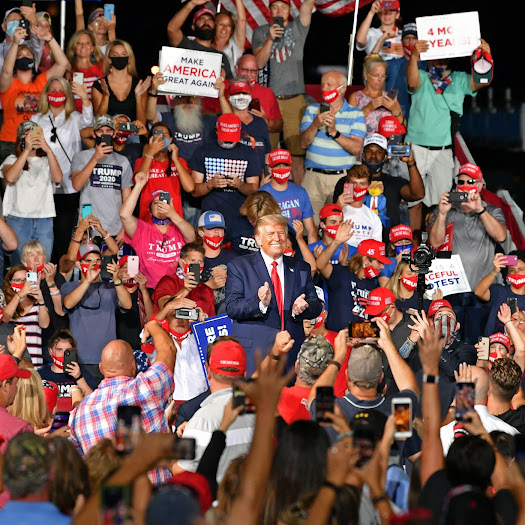 And: Comfortable masses, tens of million strong, seem not to worry about any of this, as long as it doesn’t touch them personally; seem willing to overlook any outrage to any other person, seem capable of finding any handy excuse in any given moment to separate themselves from the inconvenience of caring.

There are others of us, who have conformed enough to the needs of a country that consumes people that we’ve been kept relatively comfortable; who are now, in this rough authoritarian age, coming to these inescapable realizations, which are new only to us. The tumor at last distends the belly, and now we know.

And there are those of us for whom this is no revelation, because for these—not white enough, wealthy enough, male enough, abled enough, cis enough, straight enough—this has always been the country they’ve known.

And the question is: what next?

Next? Well, either he wins, or he loses.

If he wins, it’s a grim matter but at least it’s a simple matter. We have enough of a trendline to see exactly where we’re headed. We’ll see the full-throttle victory of all our old worst historical traditions and the death of all our best aspirational dreams for ourselves. We’ll see the final death gasps of whatever shreds remain of our tattered global reputation, and the irrevocable end of our oldest alliances. We’ll fully commit to being an authoritarian kleptocracy, a theocratic genocidal white ethno-state, which exists to line the pockets of the very wealthy and to profit off the bodies of the rest—who are controlled for as long as they’re useful, then discarded when they aren’t. There will be some semblance of something they’ll call “elections.” There will be some semblance of something they’ll call “the news.” There will be troops whose ostensible purpose is to protect our borders, ranging far from the border, and others whose ostensible purpose is to protect our citizens, occupying our neighborhoods; all of them acting as they see fit to create the sort of general and specific terrors that comprise their only true mission. There will be locations that will be called something less overt than “concentration camps”—indeed, there already are such locations, but there will be more of them, and they will grow more efficient, and more secret.

There will be many who will die because they’ll no longer have what’s needed to survive in a country that has been architected in such a way to digest and destroy unprofitable people. In such a country, all one has to do if they want to kill masses of people is arrange things so the people you want dead can no longer be profitable.

Yes, that’s what they’ll do. 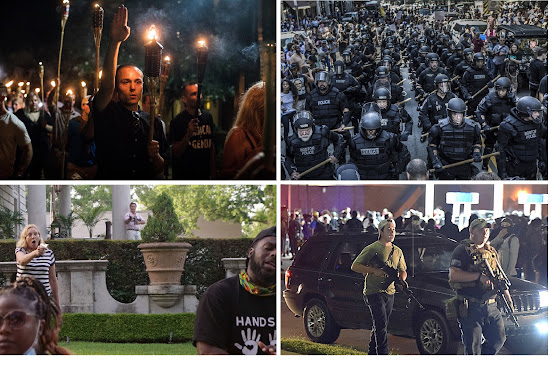 And if we win? If he and his party lose? If we actually manage to halt their advance?

Well. If he loses, then a somewhat more hopeful matter, but not so simple. Because we’ve learned things about ourselves, and our country, and our friends and neighbors, and our systems of administration and authority, that we can never un-know.

We’ve watched the message of an openly fascist, openly corrupt, openly white supremacist president grow, and spread, a new strain of an old virus, against which we’d stopped being vigilant; optimized for a world of international television and internet media, a sensationalized version of our country’s oldest sins. We’ve heard those who would cheer this spiritual infection of hate, who would gather in red-capped throngs to spread this soul rot between each other. We’ve seen the enthusiasm of some, the eagerness, the joy, at the thought that they might once again become great; that in a nation that was listening to more and more voices, they might become the only voice; in a nation that was seeking diversity, they might once again become not just the default consideration but the only one; in a nation that was imperfectly seeking equality, that they might again become the sole priority. We’ve seen the quick acceptance of others, as they opened themselves to this new infection of old lies, seeking some advantage they might press, as more vulnerable populations first felt the effects.

We’ve heard all the excuses they give themselves for all this. And we’ve heard all the threats they’ve offered, the war they’ve promised to deliver, if they don’t get their way. We’ve seen the sunglasses hat goatee warriors on the steps of government buildings toting their private massacre weapons, and we’ve noticed that our police show them far more deference than others who present far less threat to a peaceful order, whose cause is justice rather than selfishness. We’ve seen the cops rioting, brutalizing the crowds every night with military equipment and thuggish tactics.

And they aren’t going to stop cheering for it, even if we depose their beloved hate goblin. They’re not going to stop expecting it, or demanding it, or fighting for it. They’ve seen the white supremacist authoritarian anti-democratic state that Donald Trump would bring, and they very much want it. They think it's great.

In other words, even though he spread a virus, Trump isn’t a virus. He’s the first unignorable tumor—for those of us comfortable enough to have ignored the previous symptoms. Yes, he’ll have to be removed completely, but afterward things are going to have to be different. If they aren’t, then we’ll find ourselves here again.

We’ve heard all the excuses the more comfortable among us make for not making significant changes afterward, for going back to how it was before, to not having to think about politics anymore. Even many opposed to the spiritual virus of MAGA America aren’t interested in quarantining it. Some aren’t interested in vaccinating against it. Some don’t think it will be necessary to engage in radical transformation, to create permanent new systems and safeguards to detect and protect against new future strains. Some want only to remove the tumor of Trump, then return to the exact situation that allowed it to grow.

And we’ve heard all the justifications they give themselves for all this.

They’re not strangers, these cheering throngs, and they’re not strangers, these complacent masses. They’re the people we grew up with and live around. They’re us. They’re generous, many of them. Capable workers. Well-intentioned. Happy, smiling, friendly. They love their kids. They go to church. They work hard. They pay their taxes. They walk their dogs. They love us, some of them. Yes, and we love them, many of them—and if we seem so angry, perhaps the reason is that the anger we feel toward these friends and family and neighbors, while appropriate and honest, is easier than the deep sorrow and mourning they've inflicted on us, by so willingly, eagerly, or complacently aligning with a man who has no redeeming characteristics, who pursues atrocity, energizes hate, demolishes democracy, and promotes an empty promise of tawdry glory that's as chintzy and false and stupid as everything else about him.

We share a country with them, whether they’ll admit it or not. We share families and tribes and country and world. We are all tied together in a natural human system.

… and people who have deliberately decided not to know, and are working very hard now to not know.

Many of them are, to quote our Glorious Leader himself, “very fine people.”

We know things about ourselves that we hate to know, but there’s no going back. There are two questions we have to face, now that we have this knowledge. I’ll get to the second question in time. It seems likely I won’t post this question until after the election, but that’s fine, because while the election matters a great deal, it’ll mostly determine how much damage and harm and pain and theft and murder there’s going to be in the near term; it won’t determine whether there will be any, or what we have to do about it. And these questions, which sounds simple, but aren’t, will be the same after the election as it is before, no matter the result, and so will the answers.

The first question is about conviction and confession.

It’s this: How did we get here? 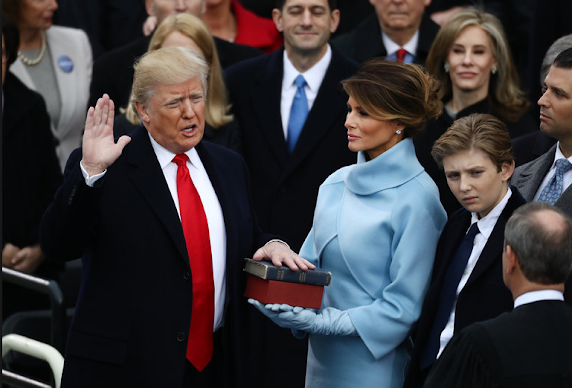